A state court action has slammed the brakes on implementation of Louisiana’s new state franchising law, which was to take effect Aug. 15.

The state’s Police Jury Association (PJA)—the trade group for parishes—and the Louisiana Municipal Association filed a constitutional challenge to the act after it was signed into law by Gov. Bobby Jindal.

The lawsuit, filed Aug. 13 in the 19th Circuit Court in Baton Rouge, alleges the new law violates the state constitution because that document prevents the legislature from creating a law that “extinguishes” an obligation owed to a parish or municipality. Since the law allows current cable incumbents to opt out of their local franchise agreements, that alters the local obligation.

A court date has been set for Oct. 27, but while the complaint is pending, the state and the plaintiffs have agreed to suspend the opt-out provision so no incumbents will be able to move toward state regulation until the court case is resolved.

Dan Garrett, the attorney for the PJA, said he is confident the court will find the opt-out provision is unconstitutional. Then it will be up to the judge to decide whether to let the law take effect without the offending language or to strike down the entire legislation, he said.

The law, dubbed Consumer Choice for Television Act, was passed in June. It assigns franchising authority to the office of the Secretary of State, which has 30 days to grant a franchise. It may still grant franchises to new providers such as AT&T while the challenge is pending.

This is not the first time the municipal groups have fought state franchising. A law was approved by the legislature in 2006, but these same groups successfully lobbied against the bill and convinced then-Gov. Kathleen Babineaux Blanco to veto the measure.
Posted by South Texas Media Access 1 comment:

Click to Play
Roland from the Springtime65 Show gives us his recipe for sprucing up store bought Spaghetti Sauce. This clip was for San Antonio Public Access TV.
Part 1.
Posted by South Texas Media Access No comments:

Click to Play
Roland from the Springtime65 Show (Sat 10:30pm) gives us his recipe for sprucing up store bought Spaghetti Sauce. This clip was for San Antonio Public Access TV.
Part 2.
Posted by South Texas Media Access No comments: 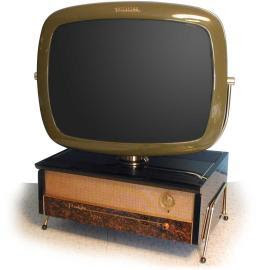 South Texas Media Access has scheduled a class on video editing for I-Movie ( ) for this month. We will schedule part 1 of the class on Saturday, Aug 23, from to at the 8117 Culebra in San Antonio. The class should take no more than 3 hours. Because this is a hands on class, we are limiting the attendance to the first 8 people who sign up. The class will have a fee of $20.00 per person. Please RSVP if you would like to attend and you can mail a check, cash or Paypal. This class is open to anyone and not just public access producers, so you are welcome to invite others who are interested.