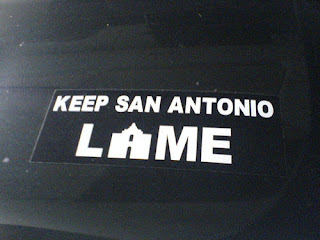 CITY BUDGET HEARINGS are happening across the City of San Antonio this week and next. This is the time when we are suppose to make our voices heard about how the City of San Antonio is spending a budget of over 2 Billion Dollars. We, the local public access producers, have requested, lobbied and even pleaded with our City Leaders through the past 6 years about building a Community Media Center, with a state of the art studio for our citizens to use, paid for with the State Cable Franchising Fees. We’ve waited 6 years and although we do have a small micro studio that was built for the community (at a cost of about 1 million), It is way too smal and doesn't replace what we formerly had at the Time Warner Studios. it still appears the bulk of the money (20 to 30 million) collected from the cable franchising fees is spent on other City of San Antonio Media needs (i.e. a state of the art/new broadcasting studio at City Hall, for use by the City Council/leaders only) and not the community at large of Public Access Producer needs. This should not be an either or issue.

We know some of that money has been spent on infrastructure, but that is not what we are or have been asking for. We want a community studio. A real one like what Austin has. Paid for by the cable franchising fees, which is what those fees were intended for, capital expenditures for the citizens at large (not just for City Hall).

We have had countless meetings in the past with just about all the City Council members that have come in and out of office during the past 6 years and they always give us lip service, that a new Community Studio is a great idea, "let me get back with you on that after I speak to a few people"...but then nothing is ever heard from them again. (sigh) And this scenario repeats itself each year without fail. The long time City Staffers know the history of this issue very well, which started in 2005. Ask them about it.

We will be taking the opportunity (Local Independent Producers who would benefit) to speak at the next set of budget hearings so that our city staff and leaders know that we have not forgotten about this. We have been watching the City of San Antonio and how it spends the Cable Franchising Fee monies, and we are not happy.

For those of you from the Public who would like to participate in the budget hearing presentations, most of the hearings are at 6pm, at various community centers, one for each district in the City. They last 2-3 hours. Here is a link for City Budget Presentations Your local City Council Person should be there so it is a chance for you to meet and hear from them and sometimes the Mayor (Julian Castro) shows up. Come on Mayor Castro, show us you mean business on putting San Antonio in the 21st Century, let us at least be on par with Channel Austin.

By the time these hearings take place the City budget (2 BILLION DOLLARS) is pretty much already decided; but at least the City of San Antonio can hear from us and know that we are not going away and are definitely not satisfied with how the money has being spent so far. The voice of the local media community should be taken into account. We still need a real Community Access TV Studio. We can get one built for about 10 million. You've received at least 20 million over the past 6 years in cable franchising fees. It would create local construction jobs. It would put us on par with Austin, who by the way Channel Austin Public Access Studio has received funding from the City of Austin for next fiscal year, including for operating expenses, despite their cable franchise agreement ending this month, which is the same as what happened to San Antonio at the end of 2005.

The city of San Antonio collects Cable Franchise fees of between 2-5 MILLION (they won't tell us exactly how much, it is apparently a tightly held secret) each year so the City has had plenty of money to choose to build a studio since 2005. The current staff that run the 2 small studios at City Hall could just as well run a larger state of the art facility, so there is no excuse other than the City doesn't want to/doesn't think it's important/thinks it knows isn't important. We feel otherwise and after all, that is what the money was meant to be used for, capital expenditures for the citizens benefit.

We no longer believe the rhetoric that there is nothing that can be done about building a community studio, that the City's hands are tied. Austin DID IT! Why can't we? Let's not live up to our bumper sticker mentality of Keep San Antonio Lame. Put us on par with other media and technology focused cities across America. We are after all one of the top 10 largest cities in the country, let's act like it. This is money that is being collected on a perpetual basis. As long as there is cable TV in San Antonio, the cable franchise fees continue to roll in. So why not?

We hope you will consider this once again. Or we can do this all again next year.

The Inventor of Power Paws Dog socks tells us about her product at the San Antonio Pet Expo. This clip was for San Antonio Public Access TV, TV4SA.
Posted by South Texas Media Access 1 comment:

Talk About it Pet Campaign

Filmed at the San Antonio Pet Expo. This clip was for San Antonio Public Access TV.
Airing on the 411 Show during August 2011.
Posted by South Texas Media Access No comments: